Scratch and Win: “24 Carat Gold” Arrives, The New Coupon That Offers Prizes of Up To 2 Million Euros 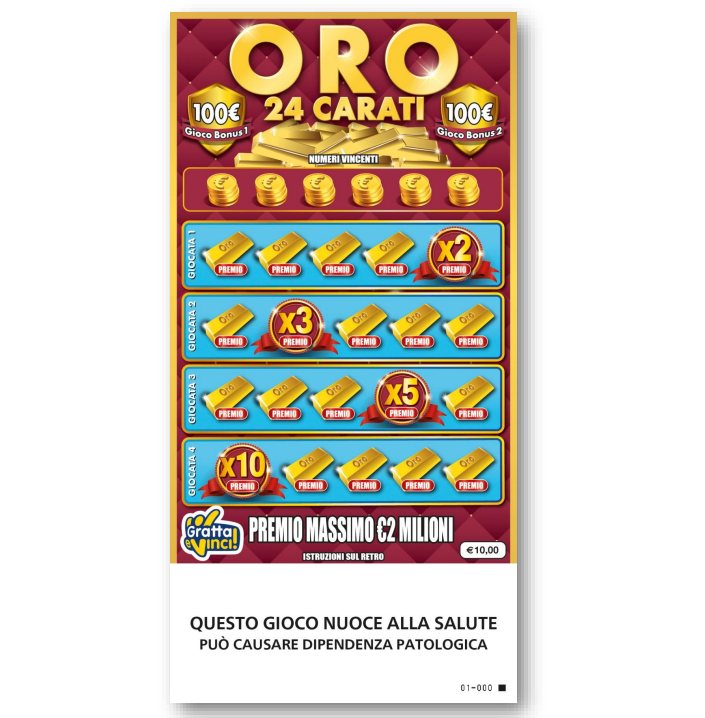 Game mechanics. The ticket contains a main game and two bonus games, indicated, respectively, by the words “Bonus Game 1 – €100” and “Bonus Game 2 – €100”. a) Main game: you have to reveal the “WINNING NUMBERS” hidden by the image of six stacks of gold coins bearing the “€” symbol.