To encourage buying the six new scratch cards include the eye-catching “NT$20 million Super Red Envelope,” which provides a record seven top prizes of NT$20 million, up from five offered for the Year of the Tiger, which ends on Jan. 21, Taiwan Lottery said. 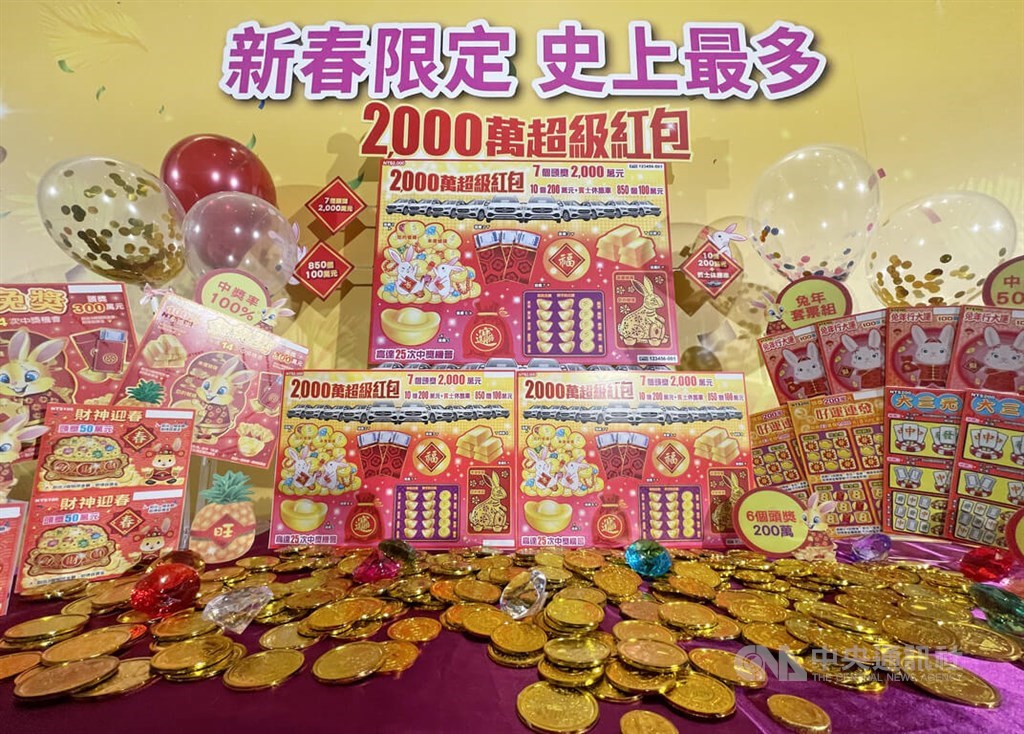 Each Super Red Envelope costs NT$2,000, according to Taiwan Lottery.

Speaking with reporters, Taiwan Lottery board member and spokesperson Huang Chih-yi said that in celebration of the Year of the Rabbit, the number of prizes offered by the Super Red Envelope scratch cards will surpass 5.89 million, with an aggregate jackpot of NT$12.7 billion, smashing the former record.

Huang said Taiwan Lottery wants to use the record jackpot to thank its consumers for their long-term support of the company, adding that the winning rate for the Super Red Envelope will hit 69.33 percent this year if all cards are sold, little changed from a year earlier.

Apart from the Super Red Envelope, Taiwan Lottery said it has also introduced five other lottery cards — “Golden Rabbit Awards,” “Triple-Double,” “Luck is Always Around,” “Best Wishes for the Year of the Rabbit” and “God of Wealth Welcomes Spring” — which are being sold for NT$100 to NT$500 each.

According to Taiwan Lottery, the six new scratch cards offer 22.83 million prizes with a combined jackpot of more than NT$17.6 billion, the highest in the company’s history, with 893 prizes valued at NT$1 million or higher.

By: Chang Ai and Frances Huang.